Kaya Kinondo which lies south of Diani Beach in Galu Kinondo area is a forest endowed with various ancient and unique species of trees some as old as 1000 years.

Spread out along around 200km of the coast province of Kenya are ten separate forested sites, mostly on low hills, ranging in size from 30 to around 300 ha, in which are the remains of fortified villages, Kayas, of the Mijikenda people. They represent more than thirty surviving Kayas. The Kayas began to fall out of use in the early 20th century and are now revered as the repositories of spiritual beliefs of the Mijikenda people and are seen as the sacred abode of their ancestors. The forest around the Kayas have been nurtured by the Mijikenda community to protect the sacred graves and groves and are now almost the only remains of the once extensive coastal lowland forest. 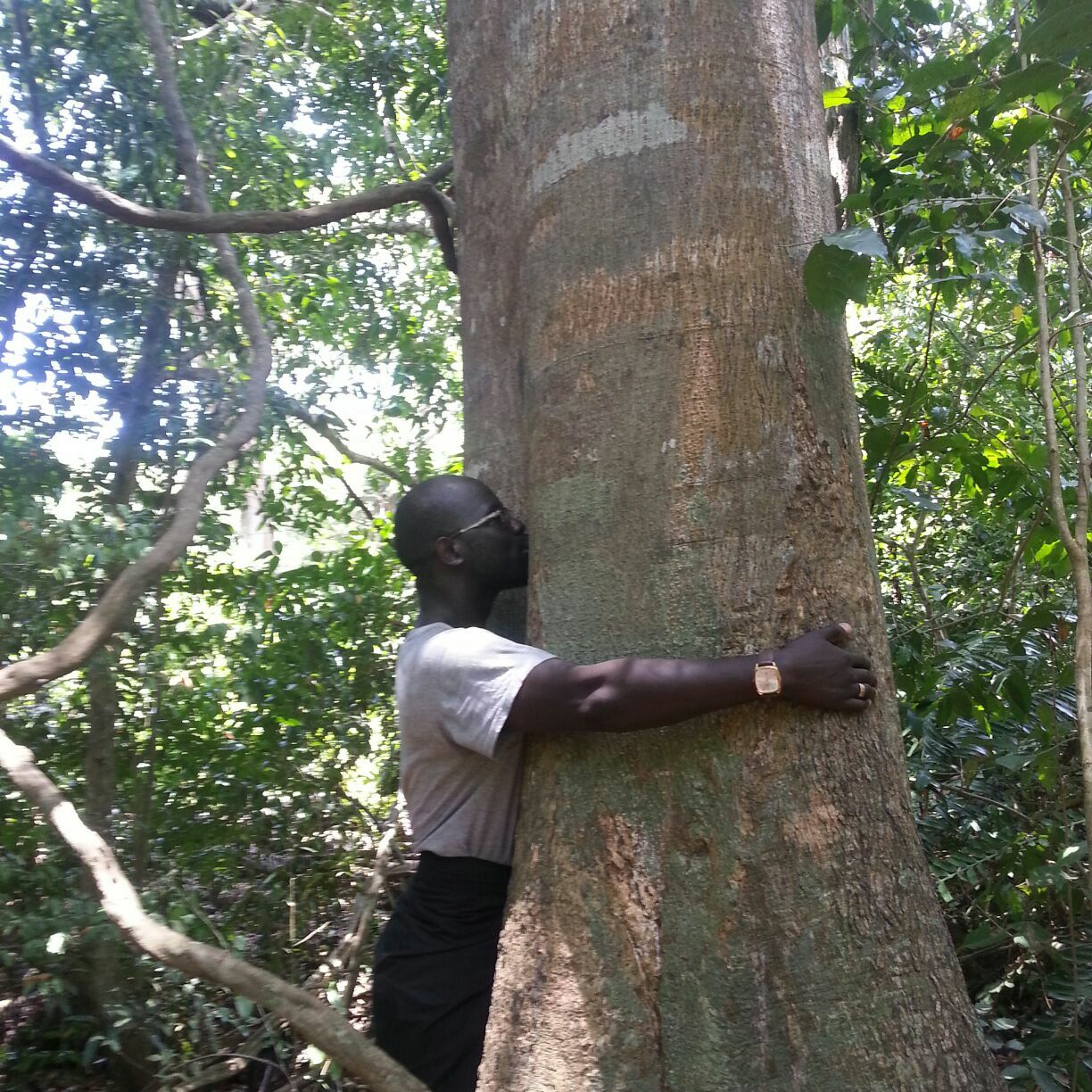 The Kayas provide focal points for Mijikenda religious beliefs and practices, are regarded as the ancestral homes of the different Mijikenda peoples, and are held to be sacred places. As such they have metonymic significance to Mijikenda and are a fundamental source of Mijikenda’s sense of ‘being-in-the-world’ and of place within the cultural landscape of contemporary Kenya.

Since their abandonment as preferred places of settlement, Kayas have been transferred from the domestic aspect of the Mijikenda landscape to its spiritual sphere. As part of this process, certain restrictions were placed on access and the utilization of natural forest resources. As a direct consequence of this, the biodiversity of the Kayas and forests surrounding them has been sustained. The Kayas are under threat both externally and from within Mijikenda society through the decline of traditional knowledge and respect for practices.

The Kayas are now the repositories of spiritual beliefs of the Mijikenda and are seen as the sacred abode of their ancestors. As a collection of sites spread over a large area, they are associated with beliefs of local and national significance, and possibly regional significance as the sites extend beyond the boundaries of Kenya. 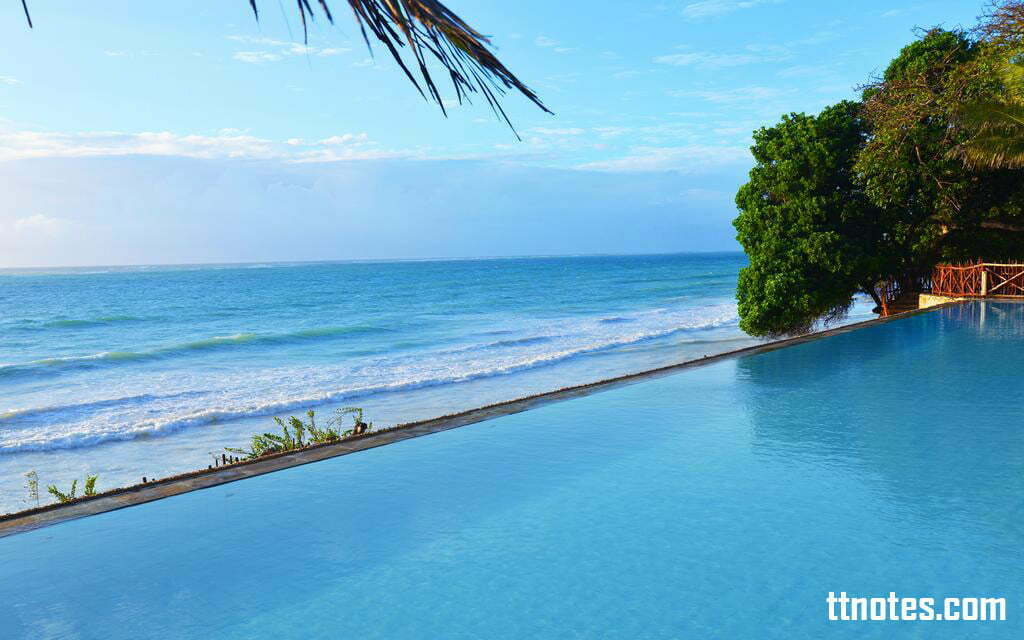 In our area, we have one of the existing Kayas, Kaya Kinondo which lies south of Diani Beach in Galu Kinondo area. Kaya Kinondo is a forest endowed with various ancient and unique species of trees some as old as 1000 years, the forest has over 190 tree species 140 of which are classified as rare spread across 30 acres of land.

As you might be aware the technological assault on our capacities to soak ourselves in nature has been unmatched so much so to be alone in nature without succumbing to the desire of using a phone or machine is almost unheard of, but trust me, Kaya Kinondo’s aura and ambiance soak you deep in nature, adventure, culture, mystery and history and I guess this has something to do with the memories this Kaya carries having been around for over 500 years. It sure does know a way to capture your soul and desires well enough to immerse you in its serenity.

Once at the Kaya Kinondo, a guide takes you through the do’s and don’ts applicable whilst inside the Kaya before setting you on the path of nature within, as mentioned earlier, Kayas are traditional places of worship and as such are accorded the same respect you accord mosques and churches. As you start your tour into the Kaya one has to remove their headwear and wrap a black shawl (kaniki) around their waist as it was the tradition back then. 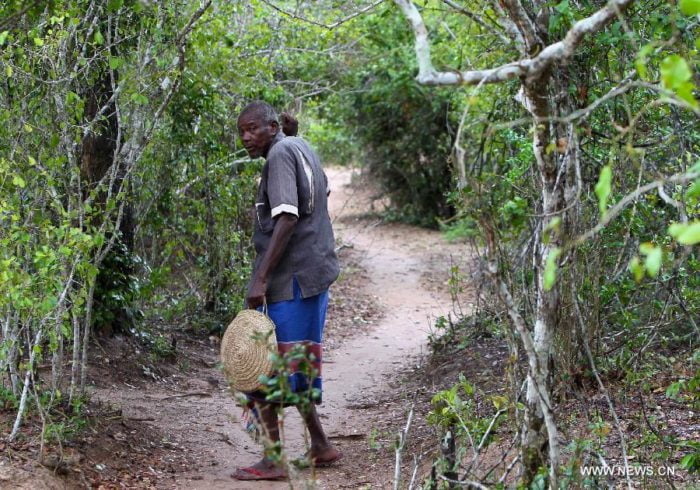 The guide will inform you of the significance of different species found here, some medicinal other aphrodisiac and others healing. There is a particular one when hugged absorbs your sorrows and misfortune as per the ancient adage, however, a more practical one would be the one that needs less explanation: the “Viagra tree” ask your guide about it and try your charm.

Kayas generally are culturally held in high regard in the Mijikenda community despite the fact that most Mijikenda has abandoned traditional worship culture to embrace Islam, especially among the Digo and Christianity mostly among the other 8 sub-tribes. If you’re lucky to visit some kayas you will notice some graves, some old and some recent as a testimony that some communities still hold dear the tradition of our ancestors.

It’s amazing how this place feels, walking around, thinking, this forest has been here for over 500 years and it’s likely to be around for far longer period in future, transitioning from a sacred place of worship to a tourist attraction, what will it be in 100 years, I wonder!