Shimba Hills National Reserve is the nearest place from Diani Beach where you can see animals like Elephant, Giraffes or Gazelles.

Located on the hills of Shimba and Kwale, the national reserve is 30 kilometers from Diani Beach. As one of the remaining coastal rainforests in Africa, Shimba stands unique among national reserves with its combination of wildlife, trees and waterfalls. The Reserve occupies a protected area of 300 square kilometres mostly hilly and as such its climate is relatively cooler compared to the ocean side. 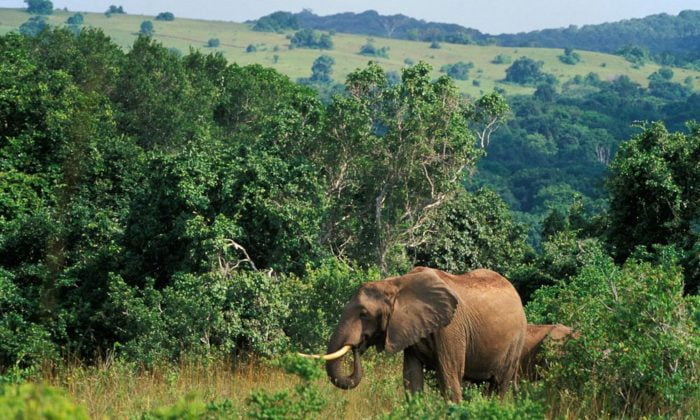 Birds – Shimba inhabits over 111 bird species, 22 of which are Coastal endemic such as the Ostrich Eagle, African Hawk, Falcon, Cuckoo, Guinea fowl, Crowned Quail amongst others.

Sheldrick Falls – is one outstanding attraction that was discovered by David Sheldrick while flying over the Reserve. The 21-meter-high water fall is the epitome of life and beauty within the park, a site to marvel at.

The beauty about this Reserve is that it can be toured in a day and one would manage to enjoy great game views alongside the beautiful landscapes and forests. This allows you more time to enjoy other attractions that destination Diani has to offer. Besides game viewing, trekking, hiking trails, picnics and camping within the Reserve it is allowed at the designated zones along the various camping sites. It’s important to note that you will need a guide during this activities not only for safety but also to ensure you get the best spots for views.