Diani is home to a wide number of primates among them Peter's black and white Colobus monkeys whose population is estimated to be 240 by the Colobus Conservation census of 2019. 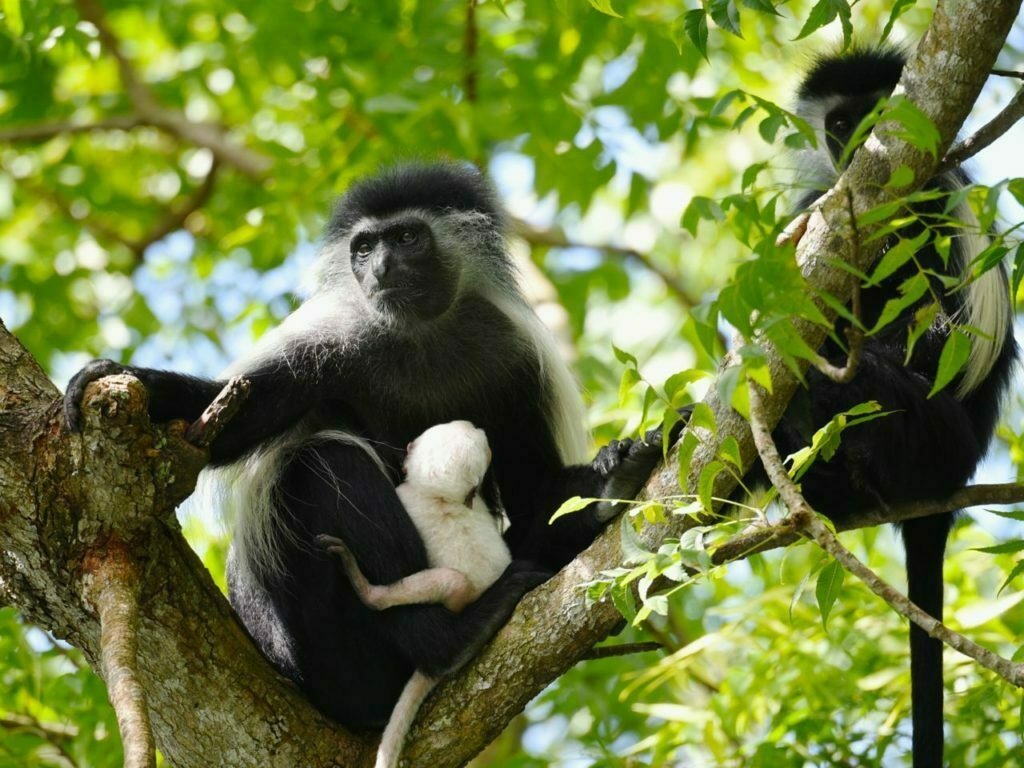 These primates are both a source of pride and pain for locals and tourists alike. Pride in their attractive nature, they proudly roam the streets of Diani and quite a site they are, you know it’s like watching a different species of humans. Their pain comes in the intrusive nature where they eat local food in shambas (villages) and at homes, hotels as well – in some cases they will enter your room, open the fridge and eat, in some cases whilst on their adventures damage Makuti thatched roofs and so much more. Over and above everything the humans of Diani consider it a blessing to inhabit this town among the monkeys.

As you drive or walk down the Diani Beach road you’ll notice a lot of them bubbly jumping around and enjoying their time here. However, it’s important to note that it is not always this merry for them, sometimes they fall sick or are victims of road accidents whereby they suffer injuries. Someone thought of them, their plight in such cases and the idea of colobus conservation was born in 1997 with the aim of promoting conservation, preservation, and protection of the primates.

What Colobus Conservation does:

The conservation doors are open to the public, you can visit them for tours, education, to volunteer or even support their course through donations and such.

For more information on Colobus Conservation see their website