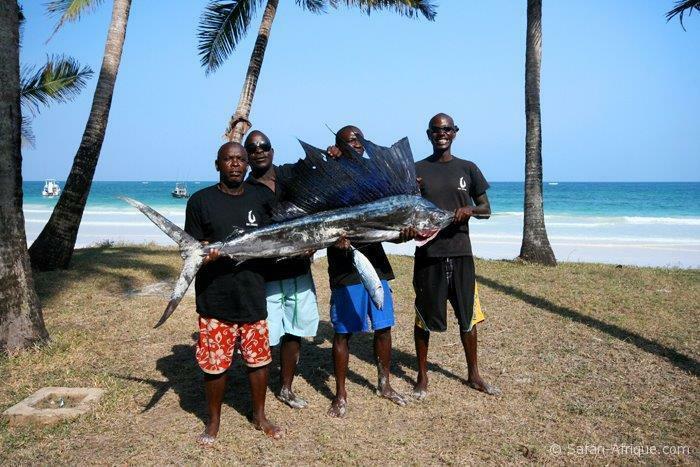 The season begins in July after the rains. The first two months (July and August) are relatively windy with the presence of the southeast trade winds. September offers calmer seas. In October the swordfish season begins. It lasts until about April. Kenyan waters offer a good chance of catching a swordfish but the grail is still the marlin. They are usually found blue marlins in very deep waters or they can feed on tuna. Very large specimens can be expected from mid-February to mid-March. The black marlin season is from December to mid-March, although we see medium-sized "blacks" in August / September, often in very shallow waters. The prices include; selected packed lunches, soft drinks, bottled mineral water and beer, fuel, tackle and bait. Possibility of extensions.